Our Inaugural UNO Competition was fiercely played and won by Siaosi Jones of 7MTG! Three rounds culminated in the grand final for the boys with the lowest scores: 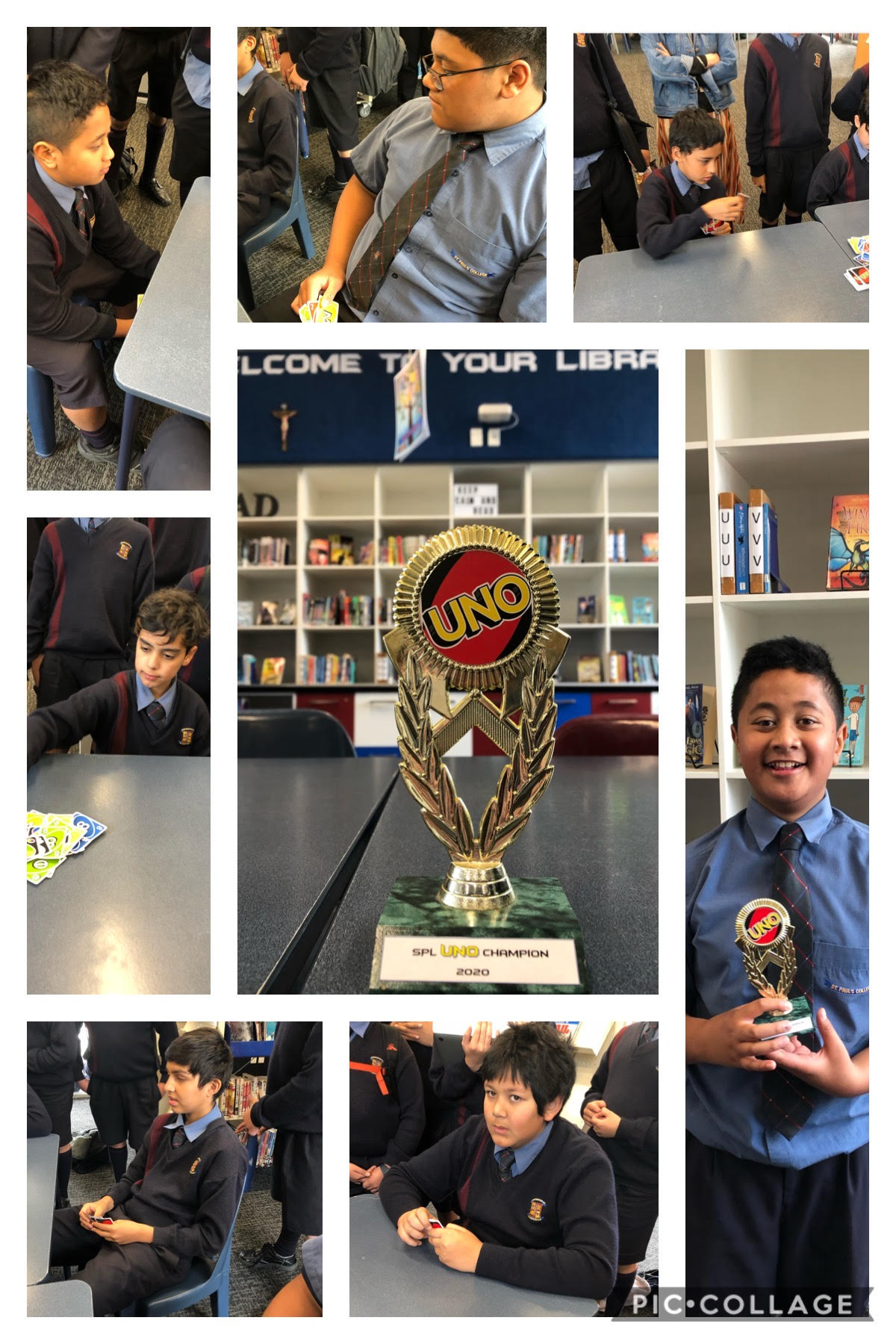 All the boys were great competitors. Congratulations boys on a fair play!