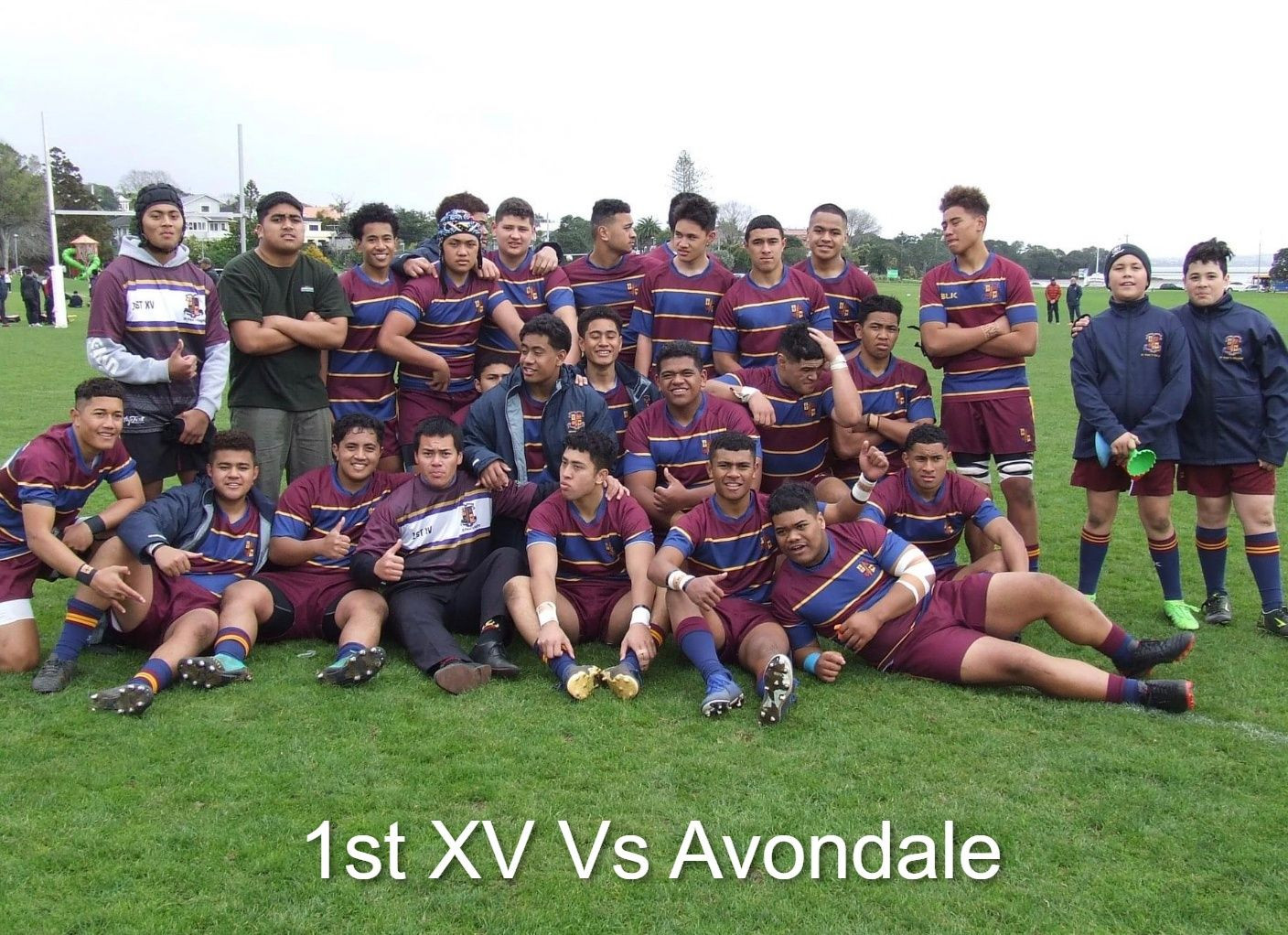 St Paul's played the first half with a rather cold wind on their backs at Cox’s Bay No.2. Conditions were firm underfoot plus a good size crowd had gathered.

Our plan was to play the game in the opposition’s territory and to use the ball wide. With a few senior players rested, the team were challenged to maintain focus and shape for the entire match.

Right from Avondale's kick-off, 1st five Tony Samuela put his thunderous boot to the ball which sailed about 50 metres downfield putting St Paul’s directly onto attack close to the Avondale line. After a few phases in Avondale’s red zone, pressure resulted in a turnover and from a cleverly worked righthand scrum on the 22m, winger Jessiah Tanoa’i was sent flying into the left wing corner to score.

The large Avondale forwards threatened with some strong charges up the middle, but the tenacity and linespeed of our forwards and backs kept any opposition attack under control, often forcing the error. Later in the half, flanker Jeremiah Margraff found loose ball as he broke right from a wheeled scrum and raced away for a try in the right corner with a flamboyant dive. A sustained period of attack followed with an explosive bust by Vaka Sikahele on Avondale’s 40m, stepping past two defenders at pace but if not for a great tackle from the Avondale fullback, would have scored a certain try. Minutes later, another set piece saw Willy Piliu chime in beautifully outside Vaka from fullback, to slice easily through a gaping hole to score. Finally, Tony was able to convert from in front, as the wind had played havoc on his earlier attempts.

The second half also started well with Willy scoring from a blindside attack not long after the kick-off. With 25 mins remaining, our front line reinforcements led by Reuben, Heneli, Jonte and Sio came on making an immediate impact. Debutant halfback Fisipuna Vehikite, also got his chance and showed great composure for such a young player, with a great box kick and accurate passing. Captain Angelo moved out to the centres with Trent Takimoana Moleu (in his new boots), to give our two consistent performers Taani Fangupo and Vaka a well deserved rest.

The backs continued their improved passing skills with a wide ball to big right winger Joe Kau, who showed a clean pair of heels and a unorthodox stutter step, to beat the cover defence for a popular try.  Joe’s great try earnt him a rest, allowing another speedster Zion Mann to get some game time. Angelo converted to give SPL a 29-0 lead. However, with 10 mins left on the clock, an unfortunate injury to the referee, curtailed the game and time was called.

The coaches were particularly pleased with the debuts of Fili Tevaga, Keona Robertson, Tyreese Savea and Puna, plus the strong efforts of Mark Tautele, Siupeli Aho and Vice-Captain Soane Kolotau playing at No.8.

Man of the Match was Tama Puletiuatoa for stepping up and showing maturity as the senior starting lock.

Well done our ballboys for the day and hope you enjoyed the experience.

On behalf of the Coaches and Management - Thanks all for the love and support - Let’s keep moving onwards and upwards. 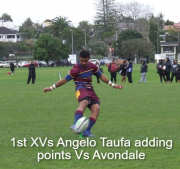