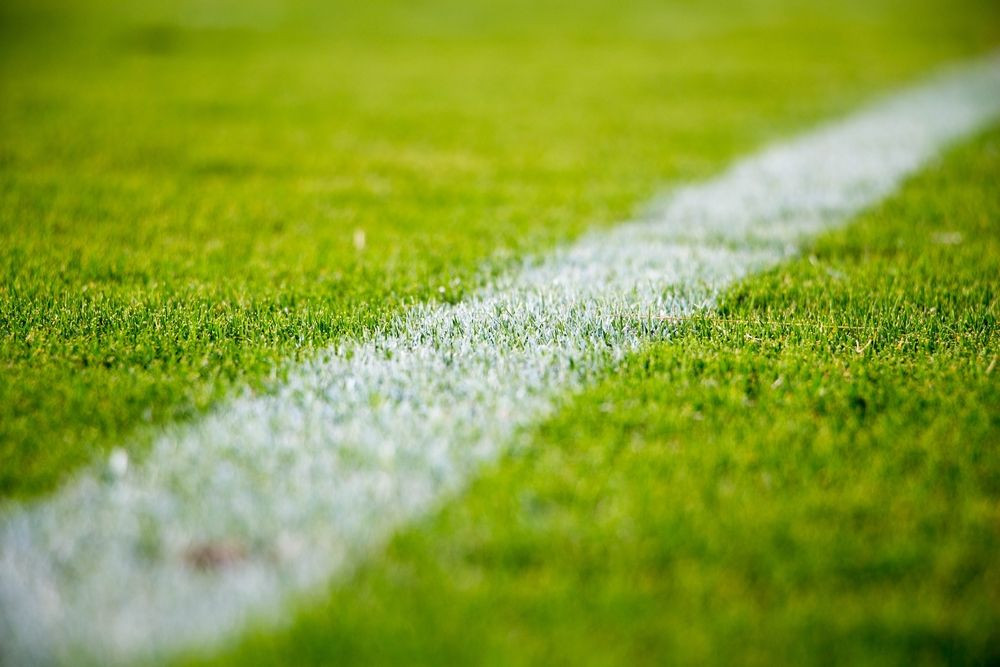 The top four teams would go on to represent at the Condor Sevens in December, so there was plenty incentive. A group of 14 players with two stand-by reserves, were selected and the team was captained by Jeremiah Margraff.

It was a fine sunny day with a chill in the air and one could feel a sense of relief, that the boys were finally playing some rugby after being in the grips of a COVID lockdown.

In our Pool were Avondale College, Aorere College, SHC and Southern Cross.

The first two games were probably some of the best 7s witnessed at the tourney.

A comprehensive 46-0 drubbing of Avondale was a masterclass of control, skill and suffocating defence.

Jeremiah and Angelo Taufa starred in the midfield, running in tries at will, with deft kicks and regathers plus keen support play, while Sefenaia Cowley-Lupo worked hard applying pressure on kick-offs, defending and providing superb cover at sweeper.

The second match against a massive Aorere College side, would present a different challenge.

St Paul’s would have to play smarter and be physical...and we were.

After letting in two early tries to Ao’s “Man Machine” Viliami, the question was - would we bounce back from 0-10?  The boys got to work and engineered two masterful tries, both expertly converted by Angelo, one out wide and one closer in-field for a 14-10 lead.

With about five minutes to play, Aorere managed to score wide of the posts for a 14-15 lead. Tension grew.

St Paul’s used its kick-off possession cleverly and struck back out to the left of the posts and took a 19-15 lead. There was still time for a restart and defence was going to be critical.

Angelo managed a pin-point drop kick restart,  5 metres from Aorere’s tryline. The touchie however, almost stuffed up the call, indicating it went out on the full, however the crowd were having none of it and the ref made the right call for a lineout.

Aorere desperately tried shifting the ball out left to Viliami (their one-man wrecking ball), but just when it looked like he might break free from inside his 22, Salesi Foketi showed great pace to mow him down from behind and the game was in the bag.

The scenes of jubilation were amazing and the boys showed great composure and skill in containing a dangerous 1A team.

This was a vast improvement from the side’s initial efforts at the Westie Pies Tournament held at Kelston Boys High School the previous weekend.

So, St Paul’s had a chance of making the Quarter-Finals by needing to win just one of their last two matches.

Sadly, the performances in these games were lacklustre, with a combo of poor refereeing and some poor tackle technique resulting in yellow cards.

However, it was felt that although we knew we should have finished stronger, the win over Aorere College will remain in the memory for a long time as a sevens classic. Angelo Taufa a strong contender for SPL’s Player of the Tournament.

Our thanks go to all the boys who committed to the trainings and giving their effort not just for the sevens but throughout the whole year. Thanks to the coaches, John Mann, our wonderful managers Carly and Reece and again to the awesome families who have supported the rugby all season. Best wishes go to all those who are leaving the College and the rugby in a better place and we look forward to moving forward again with those remaining in 2021.

Our U15 rugby 7s team continues  their hard work in preparation for the upcoming ARU tournament, to be held at Avondale racecourse on Thursday.

Quiann and his team had a trial game against MAGS last week where they were convincing winners, not to read too much into that result and we know the team won't celebrate until they get to the finish line.

Keep working hard gentlemen, with your talent and more importantly - commitment, the sky is the limit.

Yesterday, the men of St Paul's took to the cricket pitch for the first time since Covid 19. St Paul's faced an experienced Western Springs 1st XI team. The build-up to the game was very positive for the team and there was excitement heading into the game. We bowled first with WSC taking their opportunities, showing class through their batting and unfortunately, showed us why they are in the top grade.

Moving into the game, all WSC batters were strong, there were opportunities for us to take some wickets though fielding let us down. WSC finishing their innings on 155. Next it was our batters turn - openers Selevasio and Troy gave us a good start with Troy making 42 runs with some huge boundaries. The team batted well but was not good enough for WSC's attack. Although we lost, it didn't feel like a loss, it felt more like "learning" especially with our fielding; we can do better.

As a captain for our premier team, I was very proud of the efforts of our team; we all performed well on the pitch and displayed all our College values. I give a lot of credit to Dion Nash for giving his time to teach us about the game, thank you Dion. Thank you also to all our staff members who were supporting and all volunteers that contributed and wished us luck for the season God bless.

On Tuesday 13th October we entered the Basketball Central Zone Tournament at the North Shore Events Centre. The boys played exceptionally well with several back to back games. Although we lost three of our games two of these were very close and we managed to draw with Royal Oak in a nail biting point for point first game. We had two strong wins against Marcellin College and Wesley Intermediate and placed 9th overall out of 12 schools. Coming straight out of the school holidays and with limited training last term due to Covid, the boys competed really well and showed some impressive athleticism and skill on court.

Thank you to Orlando Lima (Year 12) for being our school referee and Andrea Bishop for coaching our team.

On Tuesday the 20th October, our Year 7 and 8 Rugby players competed in the Intermediate 15s Tackle Tournament that was postponed from last term. The first game was very close and in the third game Sebastian Smith had a great runaway try. Unfortunately the boys did not come away with any wins but everyone played well and didn't give up throughout the day.

Thank you to To'o Fuimaono for coaching the team. 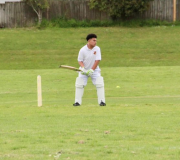 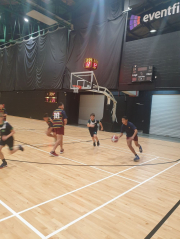 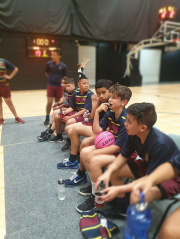 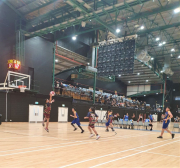 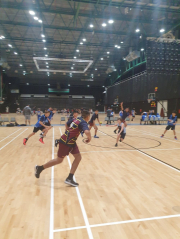 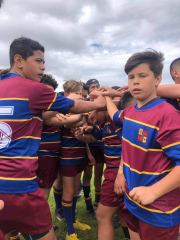 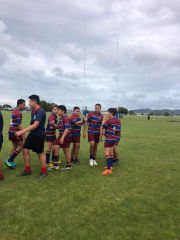 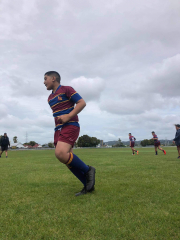 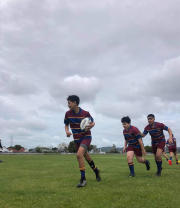